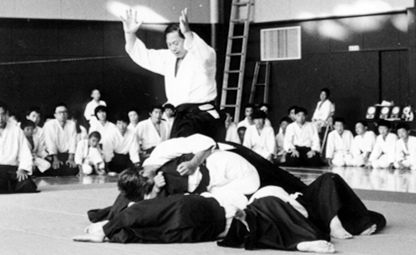 The program of teaching of the School Daitokai is very vast and understands some of this that the bushi of the clan Takeda-Aizu studied. The beginner begins with the study of the jujutsu together with the kenjutsu up to the rank of 2nd dan; subsequently will be introduced to the study of the other weapons as jutte, shuriken, kodachi, tessen. Techniques are primarily learned through kata: pre-arranged two-man exercises. Learning through a kata is the foundation of all traditional Japanese martial arts. 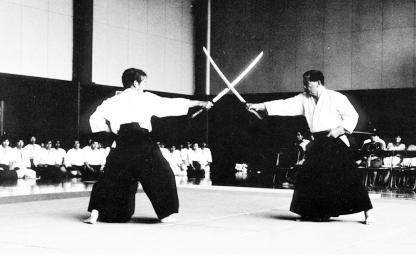 Three study areas of the Aikibudo created by Takeda Tokimune:

The hand-to-hand combat, its technical program is concentrated on fighting techniques called aikijujutsu, which include kicks, punches, elbow strikes, throws to the ground, strangle holds, joint levers, and pressure on the human body´s vital points. Techniques are primarily learned through kata: pre-arranged two-man exercises. Kata allows for the safe practice of techniques. The many techniques of the aikijujutsu are transmitted and catalogued in scrolls (densho) which, in this case of the hiden mokuroku, is divided in a series (kajo).

Fundamental part in the Daitokai. We study and practice different kata:

Ono-ha Itto-ryu is a traditional kenjutsu school (a sub-style of the Itto School) created around 1580 by Ono Tadaaki (1565-1628). Ono was a disciple of Ito Ittosai, who in turn founded the Itto-ryu. Ono-ha Itto-ryu was the Shogun’s kenjutsu school until the Meiji restoration (1868). The senior captains and commanders of the Tokugawa Shogun guards came from the Aizu clan that were taught this Kenjutsu stile.Takeda Sokaku (1860-1943) learned this sword style not from his family, but from Toma Shibuya in Aizu at the Yokikan dojo.