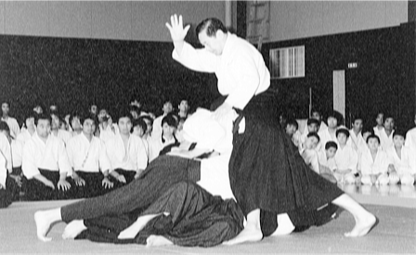 The Daito-ryu aikijujutsu (literally: Great Eastern School of the aikijujutsu=大東流合気柔術 ) is an ancient and noble bujutsu School; ancient because it was founded in 1087 a.d. by Yoshimitsu Minamoto (1056-1127); noble because its genesis and evolution the happenings Japan history. The martial teachings of the school were transmitted secretly within the Takeda family up until the present days decided to open doors of his school to the word. The 36th Soke, Takeda Tokimune (1916-1993), decided to develop these marvelous self-defense techniques. All the Aikijujutsu techniques practiced within the School are the one and only techniques practiced by the bushi of the Minamoto Clan (1100), and later Takeda Clan (1500) families and, at last, the Aizu Clan. These techniques were faithfully handed to the presente. Purpose of the School is to pass on correctly and faithfully way the teachings received by Takeda Tokimune, who received them from his father Takeda Sokaku (1860-1943), 35th inheritor of the Daito School. 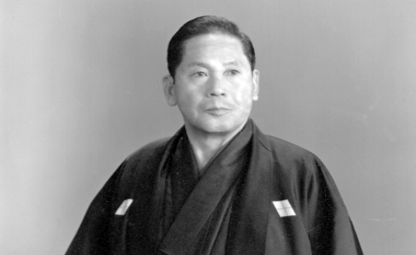 With the word Aikijujutsu ( 合気柔術 ) we refer to the practice and training of the techniques of jujutsu and aikinojutsu only, while with Aikibudo ( 合気武道 ) it is meant the practice of jujutsu, aikijujutsu, Ono-ha Itto-ryu kenjutsu ( 小野派一刀流 ) and other weapons. It was Takeda Tokimune ( 武田時宗 ) to change the name of the art inherited by his father, trying to stress the importance, in a traditional martial art, of practicing kenjutsu. Tokimune then taught to his most trusted students the kata of the Ono-ha style with those modifications that his father introduced; so today this style is called Takeda-den Ono-ha Itto-ryu.

"Because of the fundamental principle that only with the practice of the jujutsu it is not possible to learn the true essence of the Daito-ryu, I called the art Daito-ryu Aikibudo, especially because I, who have trained with my father even in the body to body than in the sword, perfectly realize to have to transmit the Ono-ha Itto-ryu kenjutsu which was transmitted at Aizu a long time the aikijujutsu techniques, arts that are now only here with us (at Abashiri)..."

WHAT TO DO PRACTICE?

The Daito-ryu is a School that often comprehensive martial art training, among the hand-to-hand combat techniques with all the ancient weapon.